THE DUTCH GOVERNEMENT RECENTLY ANNOUNCED THAT AIKIDO WITH CONTACT MAY BE PRACTICED AGAIN!

more about aikido below …

New to Aikido? Make a trial with a 10x lesson card!

Get your Aikido 10x lesson cards here for just €70 instead of .X lesson cards are valid for 3 months at any of the shinyu aikido locations (concessions apply for low earners. In that case, contact us for a request for concessions). 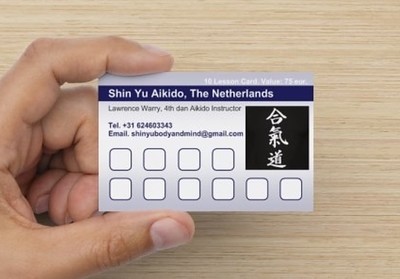 Aikido is a modern art of budo, a Japanese martial art. Although it is not a punching or kicking art, it is considered a martial art in its own right. Whether it is a physical attack, a conflicting intention, or, a disagreement in opinion, Aikido develops a way of resolving conflicts in a peaceful, non-violent manner.

Aikido comes from the rigorous realm of Budo in Japan (Budo, being a term signifying the recognized national martial arts of Japan) and upholds, therefore, the Budo principles, laid upon since the times of the Japanese samurai, with regards to how to approach a practice (such as keeping a good attitude and practicing for the protection of peace and not for harming others).

Historically, Aikido was developed by Morihei Ueshiba (植芝 盛平 Ueshiba Morihei, 1883 – 1969), known as O-Sensei. The art consists of handling in different directions of force, grabbing and striking techniques and returning to the attacker “throwing” and “joint locking” techniques and is known for its fluidity and blending with an attacker, rather than meeting “force with force”. Emphasis is upon joining with the rhythm and intent of the opponent in order to find the optimal position and timing with which to apply force. Aikidō is also known for emphasizing the spiritual and philosophical development in achieving the budo goal of peace. Another essential aspect of Aikido is “Ki”, life force energy (in Chinese known as “Chi”, in Indian sanskrit known as “Prana”). Aikido is said to develop better “Ki” flow in our lives and our actions in life, such that is thought by the founder to allow us to live in true harmony with nature and the universe.

Predominantly, the movement in Aikido is based on the founder’s sword and staff weapons training and one can describe Aikido movement, to some extent, as a movement of an empty-handed swordsman, the purpose of the movement being to practice temporal and spatial harmony with the training partner, with the intention to improve a spiritual harmony.